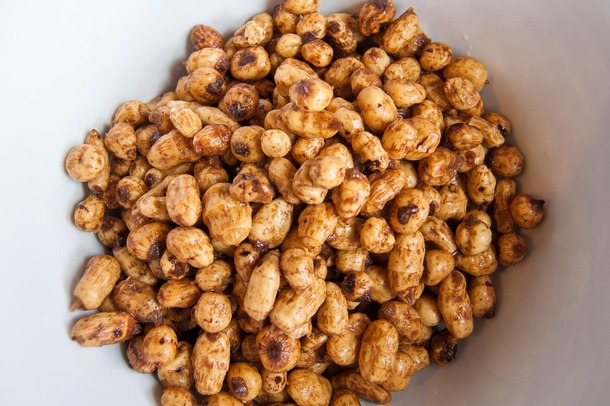 Tiger nut (Cyperus esculentus var. sativa) as a plant, its derivatives/uses and benefits are mainly discussed. The hunt for lesser known and un-exploited crops, many of which are potentially valuable as human and animal foods has been on the high side now to retain the equilibrium between population growth and agricultural productivity, particularly in the tropical and sub-tropical areas of the world. Tiger nut is an underutilized crop of the family Cyperaceae, which produces rhizomes from the base and tubers that are somewhat spherical. Pollination is by wind. Young tubers are white, while older tubers are covered by a yellow outer membrane; they are usually found
Read more »
Posted by Essential metabolites at 03:56 2 comments:

Email ThisBlogThis!Share to TwitterShare to FacebookShare to Pinterest
Labels: wonders of Tiger Nuts

Twelve (12) Reasons why you should eat Pawpaw ( Carica Papaya) 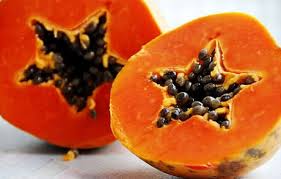 TWELVE (12) REASONS WHY YOU SHOULD EAT PAWPAW (CARICA PAPAYA)

1. Lowers cholesterol: Papayas are rich in fibre, vitamin C and antioxidants that prevent cholesterol build up in your arteries. Too much cholesterol build-up can block the arteries completely, causing a heart attack. Papaya extracts have also found to reduce lipid and triglycerides in diabetic rats [1]. You may also want to read how to reduce cholesterol levels naturally.

2.Helps weight loss: One medium sized papaya contains just 120 calories. So, if you’re planning to lose weight, don’t forget to add this light fruit to your diet. Besides, it also packed with a considerable amount of dietary fibre that aids weight loss by promoting a feeling of fullness and controlling cravings [2].
Read more »
Posted by Essential metabolites at 08:12 1 comment:

Email ThisBlogThis!Share to TwitterShare to FacebookShare to Pinterest
Labels: The anti-oxidant properties of Pawpaw is the reason why people should eat Pawpaw often

The snack food industry can capitalize on studies such as the one published earlier this year in theJournal of the Academy of Nutrition and Dietetics (Jan., 22, 2015). Researchers investigated the relationships of frequency and time of eating to energy density, nutrient quality and body mass index (BM)I using data from the International Study on Macro/Micronutrients and Blood Pressure including 2,696 men and women aged 40 to 59 years from the United States and the United Kingdom [study design details are below].

Nutritional facts and health benefits of Soursop
Soursop has many health benefits. Soursop has so many nutrients, including carbohydrates, fructose, various vitamins and ascorbic acid. Sour-sweet taste of soursop fruit makes it a favorite for a variety of juices and beverages.

Email ThisBlogThis!Share to TwitterShare to FacebookShare to Pinterest
Labels: Nutritional facts and health benefits of Soursop

Graviola comes from a tree in the rain forests of Africa, South America, and Southeast Asia. Its scientific name is Annona muricata. It is also known as custard apple, cherimoya, guanabana, soursop and brazilian paw paw. The active ingredient is thought to be a type of plant compound (phytochemical) called annonaceous acetogenins.

Email ThisBlogThis!Share to TwitterShare to FacebookShare to Pinterest
Labels: soupsop can kill some types of liver and breast cancer cells that are resistant to particular chemotherapy

Soursop seed can be used to treat vomiting

- The seeds, which have emetic properties, can be used in the treatment of vomiting.

- The leaf decoction is effective for head lice and bedbugs.